The Australian Institute of International Affairs (AIIA) is an independent non-partisan, non-profit organisation devoted to the promotion and discussion of international affairs and global issues. The Institute hosts an active program of speakers throughout the year focused both on ongoing global issues, as well as current events and issues affecting the world today.

Established in New South Wales in 1924, and in Victoria in 1925 as branches of London’s Royal Institute of International Affairs (Chatham House), the AIIA was created as an Australian entity in its own right in 1933, and today has branches in all states and the ACT.

The South Australia AIIA is located in the CBD of Adelaide and organizes regular events engaging with the key issues in international affairs, including how they impact Australia nationally and also at the state level.

AIIA South Australia is governed by a Council comprised of members from a wide variety of backgrounds, all with a keen interest in international affairs, and is strongly supported by volunteers and interns, and by the generosity of its members. Membership is open to all Australian residents, corporate bodies, diplomatic representatives, schools and students.

This is a past event. Registration is closed. View other AIIA South Australia events.

Add this event to any of these calendars

Western reactions to the February 2022 Russian invasion of Ukraine have generally been very supportive of Ukraine and highly critical of Russia. But are these reactions taken as standard everywhere else?

For the rest of the world, things have not been so straightforward. The three largest powers by population in Asia, namely India, China, and Indonesia, as well as the economic superpower of Japan, all have had markedly different responses, even from each other.

Is the support for Ukraine in the Anglosphere reflected across Asia? What are the responses and what is driving them? This panel explores the reasons for the Indo-Pacific's division around Russia, Indonesia's attempts at mediation, India's seeming neutrality and the consequent implications for Japan.

This is a hybrid event (in-person and online). The Zoom link will be emailed to ticket holders on the day. 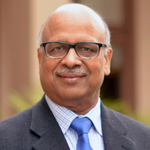 Emeritus Professor at University of Adelaide 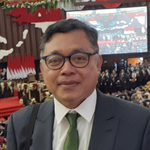 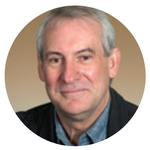 Emeritus Professor at University of Adelaide

Dr Priyambudi Sulistiyanto is an Independent Observer and was Senior Lecturer (2015-2021), College of Humanities, Arts and Social Sceinces, Flinders University.

A political scientist with teaching interests in Indonesian politics and comparative politics of Southeast Asia.

His current research looks at the contemporary geo-strategic perspectives about Eastern Indonesia and Northern Australia.

In recent years, through the funding provided by the New Colombo Plan (NCP), he organised study tours for Flinders University’s students to visit Makassar, South Sulawesi, learning about the past Indigenous maritime links between South Sulawesi and Northern Territory (Arnhem Land).

Dr Michael Sullivan is a Lecturer in International Relations in the College of Business, Government & Law at Flinders University, specialising in the political economy of China and the Indo-Pacific. Michael teaches in the Masters of Arts International Relations of Economy and Trade (MAIRET) in China. His current research interests include digital security and concepts of virtual sovereignty. He is involved in research projects with Defence Science and Technology Group (DSTG). Michael has published in the Royal Institute of International Affairs' leading journal International Affairs.

﻿India and Japan's Responses to the Ukraine War

While Russia has been a time-tested partner of India, by contrast, Japan has a lingering territorial dispute with Russia and the two nations did not sign a peace treaty after the War ended in 1945.

In this presentation I consider the contrasting views of Japan and India in relation to the Ukraine war, the reasons behind their different approaches and whether this disconnect will impact the 'special' relationship of Japan with India.

Why did Indonesia's President Joko Widodo pursue a 'peace mission' to Ukraine and Russia? How has he navigated his mission through the political, economic, and diplomatic challenges that have occurred as a result of the Ukraine-Russian war? Has Joko Widodo achieved or failed in his mission or, has he had other motivations?

This short presentation provides some insights into and reflections on these last years of the Jokowi presidency. It will focus on the dynamics of domestic politics and the trends in foreign policy initiatives carried into international forums by Indonesia.

Indo-Pacific Reactions to the Russian Invasion of Ukraine:

The Anglosphere Does Not Speak for Us

The Indo-Pacific consists of multiple diplomatic voices which are hard to generalise and distil down to a few common principles. These range from ASEAN and the Organisation of Islamic Cooperation (OIC) to the Anglosphere's voices in AUKUS and a fractured Quad.

I argue that of the different Indo-Pacific voices reacting to the Russian invasion of Ukraine on 24 February 2022 (and the Fourth Taiwan Straits Crisis, beginning 2 August 2022), there is little support for how the US, Britain and Australia frame the invasion as a threat to the western rules-based order in the Indo-Pacific. This is not because there is support for Putin's defence of his war of aggression. Rather, there is little support in the Indo-Pacific for privileging Anglospheric descriptions of the threats to regional order in Authoritarianism v Liberal Democracy terms. I argue that this perspective is put most cogently to audiences which hear only dominant Anglospheric talking points by Kishore Mahbubani.

For additional event or venue information, please send an email to gerry.groot@adelaide.edu.au

Connect with 35 people attending this event 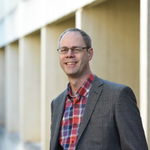 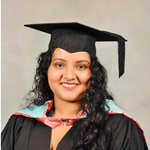 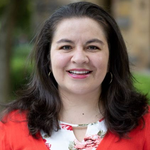 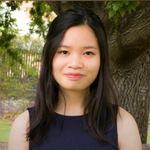